The centrepiece of the UK Pavilion is a 20m-high cone-shaped structure made up of rows of protruding slats that extend outwards from one central point to form a circular facade.

Devlin had said in September 2018 that the UK Pavilion’s idea “draws directly on one of Stephen Hawking’s final projects, ‘Breakthrough Message’, a global competition that Hawking and his colleagues conceived in 2015 inviting people worldwide to consider what message we would communicate to express ourselves as a planet, should we one day encounter other advanced civilisations in space”.

The building will feature cross-laminated timber on a concrete structure, with much of the pavilion manufactured and assembled off site in order to maximise quality and safety standards.

WME are providing AV/IT and Security services to the contract. 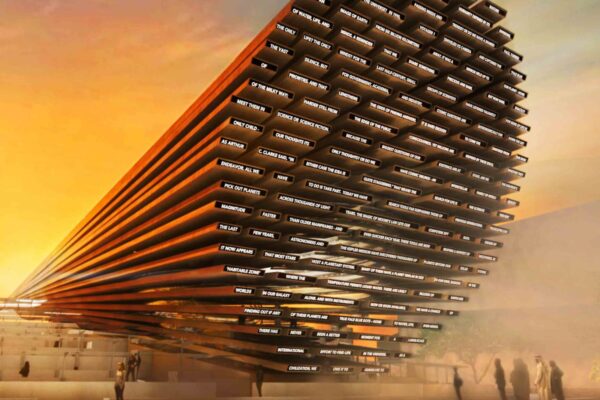