Saudi’s TRSDC forecasts $1.8bn of contract awards by end of 2020

The Red Sea Development Company will more than triple the value of contract awards for 2020, compared to 2019

The Red Sea Development Company (TRSDC), the developer of Saudi Arabia’s The Red Sea Project, has predicted that it will raise its contract awards from $613m in 2019 to $1.8bn for 2020.

Speaking at the Future Projects Forum (FPF), which is organised by the Saudi Contractors Authority (SCA), TRSDC’s chief project delivery officer, Ian Williamson, gave Construction Week an update on the 28,000km2 gigaproject which is located between the Saudi Arabia cities of Umluj and Al-Wajh.

“In 2021, the $1.8bn figure will be hit in the first six months of this year, and by this time, we would have bought out our Phase 1 project. There are other packages that are in parallel to this, but in essence, we are on an expediential curve,” Williamson tells Construction Week.

“In 2020, the focus is completing designs and really majoring on getting permanent buildings coming out of the ground.”

For Q1 2020, TRSDC said that it plans to have its main bridge and villas and townhouses completed, while they also aim to have its residential working buildings, which will comprise 94 towers, finished by Q2 2020. 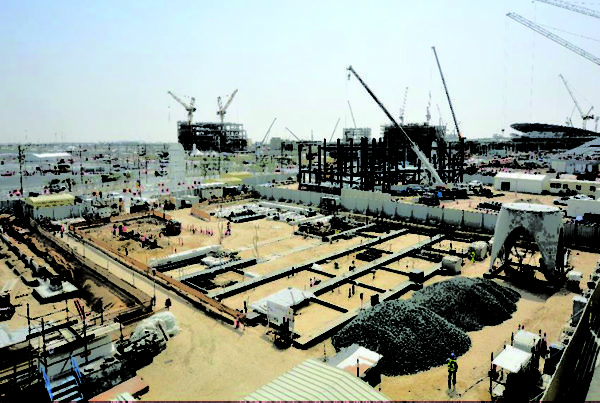